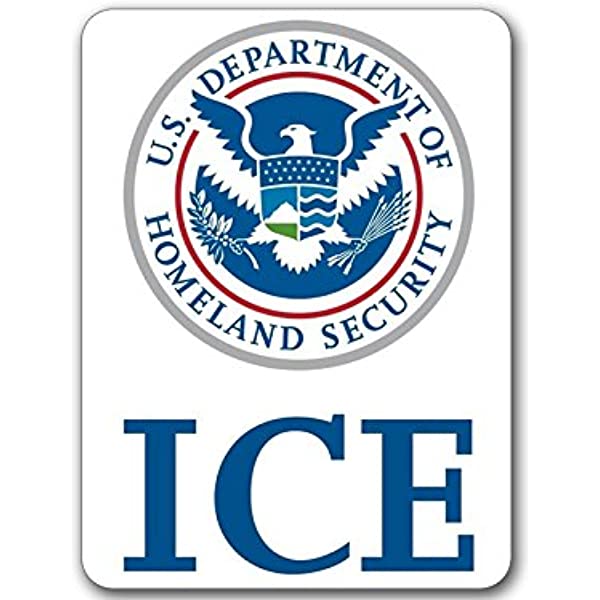 Shocked but not Surprised: ICE Forced Sterilization and the US’s Long History of Reproductive Violence

Recently, it has come out that ICE has been forcibly sterilizing migrant women in detention centers. While this news has shocked many, myself included, I can’t say I’m surprised. One of the main reasons it was only in the media spotlight for a day is because of everything else going on during this crazy time, but on top of that it may be because we don’t want to face what America has always been. The US has a long history of reproductive violence on women of color and others who are pushed to the periphery of society.

This long history of reproductive violence can be traced back to slavery when the medical practice of gynecology was in its infancy. Early American gynecology developed out of doctors experimenting on enslaved women without anesthesia or consent.

The father of gynecology, J. Marion Sims, is the biggest example of this reproductive violence; in his autobiographies and other records, we are exposed to the moral depravity of his experiments. He would operate on these women with no anesthetic to the point that they would almost die. Only three of the women’s names are known to us today, but one story in particular stands out to highlight the moral depravity and continued reproductive violence against women of color in this country.

Anarcha was the name of one of these women, Sims operated 30 times on her with no anesthetic, but went on to perform these same perfected techniques on white women while using anesthetic.

Of course, this is not the only case of reproductive violence against Black women during slavery. Black women were often raped from plantation owners’ desires to increase their wealth or just to demonstrate power over his enslaved subjects.

We know that racism and its consequences never left America after the civil war and reconstruction.  Instead it took different forms of violence and was institutionalized. Different forms of reproductive violence came with that shift in how racism effected women of color.

From the 1930s until the 70s the federal government funded forced sterilizations in Black and Indigenous communities. There are only records in 32 states on how many Black women were forcibly sterilized, but the US Office of Economic Opportunity directly funded about 2000 of these forced sterilizations. The state with the highest rates was North Carolina where the state government funded 7000+ forced sterilizations for poor Black women. In the 1970s alone 40% of Indigenous women were forcibly sterilized or coerced into sterilization. These were funded, in part or in whole, by the Indian Health Service which is part of the Department of Health and Human services.

60,000-70,000 Indigenous women coerced and forced into sterilization is not an accident, but instead is the continued violation of tribal sovereignty and the unending settler-colonial genocide.

Another piece of history that is stuck in the shadows is the Puerto Rican sterilization campaign more commonly referred to as ‘La Operación’ (The Operation). Starting in the 1930s the US government would send government health officials to the islands to convince women to be sterilized. All this was done under the guise of stopping overpopulation and ending poverty (a common tactic around the world to push eugenics). This campaign by the US government lasted from the 1930s-1970s and resulted in the coerced sterilization of one-third of Puerto Rican women.

The United States government’s continued efforts of reproductive violence are not just isolated to its own political borders or its colonial subjects. The US expanded its eugenics and forced sterilization campaigns abroad in an effort to back far right dictatorships across the globe.

The two most spoken about and public examples are in the Andes. In Bolivia and Peru, the US government funded efforts to or even oversaw forced sterilizations up until the late 1990s. During the 1970s the Peace Corp in Bolivia would secretly sterilize Indigenous women and lie saying they were just undergoing normal checkups from doctors. In the 70s a famous Bolivia film titled Yawar Mallku, meaning blood of the condor in Quechua, brought this to light. As a result the Bolivian government expelled 127 members of the Peace Corp from the country.

The Peruvian forced sterilization campaigns were larger in scope, but not overseen by the US government. Instead these campaigns were funded by United States Agency for International Development (USAID) under the guise of development and demographic control. USAID gave $36 million to the Fujimori government to carry out the sterilization campaigns. The Peruvian Ministry of Health found that 331,600 women, primarily poor and Indigenous, had been sterilized from 1995-2000. The Fujimori government financed by the US government set up sterilization quotas for doctors, this resulted in parties/festivals in poor regions where doctors and government officials would go to promote tubal ligation, a form of sterilization commonly referred to as ‘having one’s tubes tied’.

This brings us to the present day. This September it was uncovered through a whistleblower that ICE was coercing, misinforming and forcing women into having hysterectomies in their detention centers. These procedures are usually conducted without proper understanding due to language barriers or are conducted without consent all together, often women are told they are undergoing routine gynecological health screenings and are then sterilized. It is important to note, for an understanding of this continuous pattern of violence, that 44% of all immigrants in ICE detention centers are Haitians, the highest nationality percentage-wise. Another huge proportion of ICE detainees are Indigenous people from Central America, primarily from a Mayan ethnic group.

The continued violence over centuries primarily targets Black and Indigenous women. In less than a month, this news has largely been forgotten from major news outlets and both parties have not put any sort of real investigations or policy proposals forward to reform or abolish ICE.

Understanding that the reality we are seeing and hearing about today is not unique in American history helps inform us on what is to be done next. We cannot just sit by and sign petitions because that did not work before. Instead, we have to build organizational movements and popular fronts of people from all walks of life and identities to tear down the system that continued this reproductive violence against women of color.