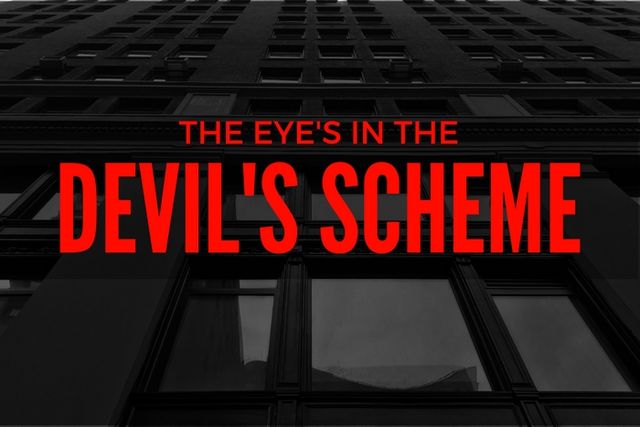 The Eye’s In the Devil’s Scheme

I’ve walked this abyss for millennia

Perplexed by the sanctions placed on these prisoners of society

Shackled to fear of uncertainty

Sentenced to silence by the concept of morality

Blindfolded by the demon of orthodoxy

Neither would they believe that they could see

I’d given her glimpse of all that could be

Yet still, she refused to believe in me

She did not want to see all the ash and debris

She did not want to see this horrific dream

“We can be free” I whispered to thee

“Free as the sea” I cried to thee.

But it was her who cried as I said my decree.

She heard nothing but madness, thus she had decided to scream.

I tried to remove her blindfold; I just wanted her to be free.

But screams would fade into iron beams, now all I could do was watch her bleed.

I just want them all to be free of the Devil’s scheme.