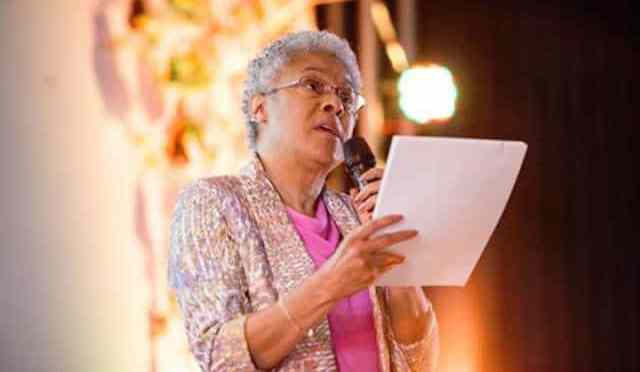 Aggravated by the fact that communities are fighting for equality, but doing so with distinct and separate protest rallies and movements, Patricia Hill Collins wishes to bring communities together through intersectionality.

Collins, a professor at the University of Maryland, paid homage to black female historical figures through a presentation on “Black Feminism, Intersectionality, and Democratic Possibilities” on International Women’s Day at Montgomery College.

Collins defined intersectionality in the contemporary view of black feminism as a new and emerging field in the discussion of modern day democracy.

According to Collins, the problem of social injustice isn’t just about race, class, gender, identities, and the fight for equality, but that the vision for a better society is one of freedom for all.

She began to conceptualize a bigger vision for the struggle for equality amongst various groups of people after she heard the following statement about freedom from June Millicent Jordan who was a prolific and widely acclaimed Caribbean-American poet, essayist, and activist

Jordan spoke to the essence or the idea of what later became the concept of intersectionality.

This quote by Jordan in specific struck Collins to her core.

This was a call to action, for Collins. To begin a new conversation which would begin to have different groups come together to work toward attaining the freedom that we all ultimately wish for.

She then went on to describe how she began work in the area of Intersectionality. Collins spoke further about communities that were protesting for equality, but doing so with different protests and movements. She gave an example of the anti-racial discrimination rallies or the anti-LGBTQ rallies were held for equality and justice but each group was self-serving and in her mind ultimately everyone was fighting for freedom and so should come together in the struggle.

In the fight for freedom, we must be willing to have difficult conversations with each other, Collins said. The solidarity that could be formed as a result of this intersectional paradigm, in theory, should ultimately lead to the freedom we all crave.

The Black Lives Matter movement was utilized by Collins as an example of flexibility solidarity, one of the core ideas of feminism mentioned in her speech. This is when women intellectuals band together against the external threat such, as slavery or white supremacy and they do so only when it was politically feasible to do it.

So, even though, within the community there were issues with gender inequality etc. that needed to be addressed, the coming together to fight for the whole was imperative at this time in order to really take a look at the fact that this is not a post-racial society but racism is still very much a part of our everyday lives.

On her way out, an audience member shared that she was touched, moved and inspired by Collins presentation. Without disclosing her last name or any additional information, Veronica stated that the presentation “encourage[d] us to have a voice”.

Student Senator for MC, Rashani Williamson, shared the power in seeing a woman who looked like her doing things she never thought she could do and the experience has pushed her to believe in herself.

However, in the end, even Collins admits she is still trying to make sense of trying times.