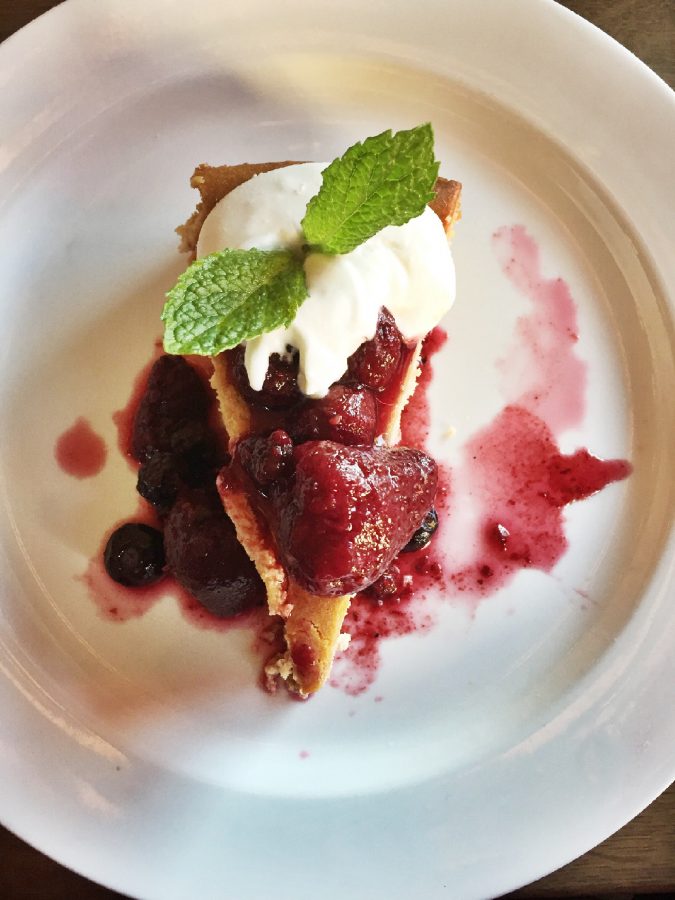 Paladar can be summed up in 7 words: a party any time of the day!

The warm welcoming of the smiles on the employees and the speed at which they sat me down foreshadowed an awesome dining experience.

This restaurant is relatively new and has been open for only two years. This is an east coast food chain, originated in Ohio and now has three locations in the DC Metro area, that includes Tyson’s, Gaithersburg and Rockville.

The seating arrangement was a little awkward. On one side of the restaurant, there are booths and tables for people to sit and eat. On the other side, there is a happy hour and dancing area (some people may not want to watch people dancing while trying to eat their meal). Though, it does give it party vibes.

Old Latin is the theme of the restaurant, the waiter told me. The interior’s color palette includes reds, browns, and blues. The waiter also continued to tell me that customers often get the theme confused with Mexican.

After admiring the interior elements, like the long, large, gold bar, I sat down and opened up my menu. First impression: the prices you pay will not drown your pockets, it’s relatively inexpensive.

Time to order. If you do not want an appetizer, they offer you a chip basket featuring tortilla chips and plantains. That’s what I opted for.

I ordered the Fish tacos and my choice of protein was shrimp. As the waiter brought me the plate, I saw that everything was colorful and piled on beautifully.

The tacos had perfect, bright colors. A mound of shrimp sitting on a bed of coleslaw was topped off with dried pineapple, mangoes, and bell peppers with brown rice and beans served on the side.

First, a bite of the taco. The warm shrimp was wrapped in a warm tortilla, topped the pineapple, mangoes, peppers I mentioned, and an aioli sauce, that was very reminiscent of tartar sauce. The coleslaw could use a little more dressing, but the added crunch to the bite was amazing. The mango and pineapple on top made it more enjoyable because of the sweet tanginess of the fruit. Eating this made me feel like I was on vacation. Then, came the simple sides. The brown rice and beans were amazing. I have never tasted anything so simple yet so delicious. The brown rice was cooked all the way and it had an interesting flavor that was indescribable. The black beans had just enough heat and just enough spice to make someone ask for a second serving!

Up next, the strawberry cheesecake. It was love at first cut. My knife slide through it smoothly. The fresh strawberry dressing that coated the strawberries was light and sweet. When mixed with the ice cream and cheesecake, it creates a sensation in your mouth you can not even explain!

A surprising, but a much-appreciated factor of the meal was that it didn’t make me feel like I was going to go into a food coma. I felt satisfied with the meal, and it almost felt healthy.

Overall, this place is inexpensive and great for putting you in a good mood!

If you want to get there by bus from Rockville Campus, take the 46 towards Rockville and take the 54 towards lake forest mall. Get off at the downtown crown bus stop and walk half a mile north.

If you drive, there is plenty of parking at the downtown crown.