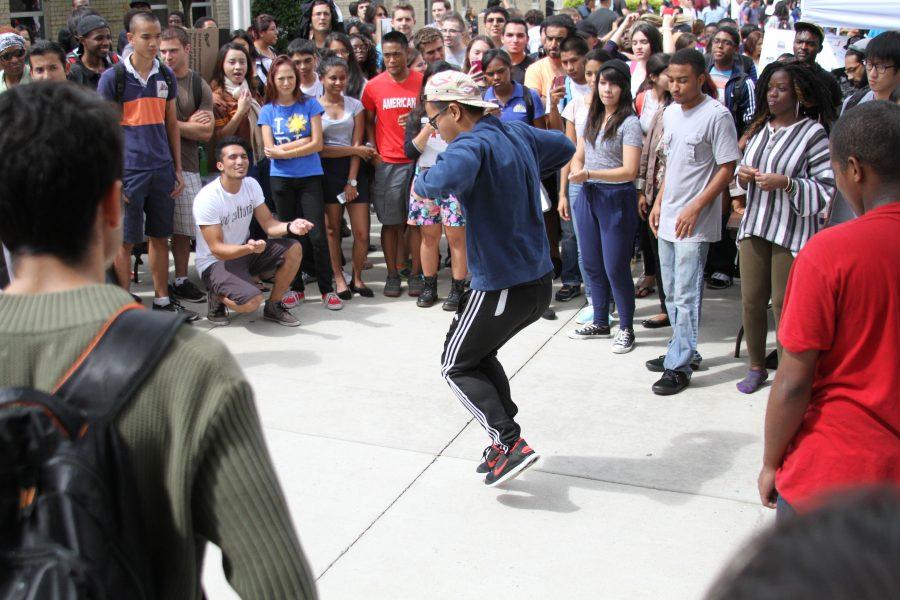 Montgomery College’s Rockville Campus hosted Club Rush on Wednesday, September 10th in front of the Theatre Arts Building. Over 48 clubs, with ranging focuses were represented. The event was well attended, students came out to check out the clubs, interact with their peers, and enjoy the nice weather.

The club rush was one of the biggest events student life office has ever hosted.

Some of the groups present ranged from academic clubs such as Math club, stargazers club, and business club; to more social clubs such as Dance club and ultimate Frisbee.

Some artists also made an appearance at the event, drawing caricatures for students, and spicing the atmosphere up with music.  At the end of the event, students circled up and some dancers participated in a dance-off competition.

According to student life specialist Val Melgosa, a club rush type event has been a part of the MC community through his 11 years at MC. The event started out as Fall Fest, in later years was called “The Student’s Development”, however, six years ago, the name was changed to Club Rush.

Melgosa said, “The Club Rush has two goals. First one, is for clubs to recruit members and lead their clubs, and the other goal is, students interact with one another and get to have fun and meet new people.” Melgosa said they have had the same DJ for 4 years, a former MC student, DJ Sin.

According to Melgosa “This year’s Club Rush was the most fun one since he started DJing at MC.’’ This year’s club rush marks a sharp increase in the number of clubs registered with the Office of Student Life.