How I Met Your Mother Finale: Return of the Yellow Umbrella 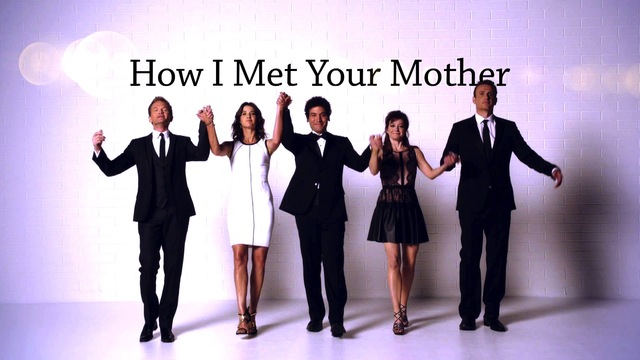 How I Met Your Mother finally ended after a tremendous run on air with an unexpected twist few saw coming. The show’s nine season run aired 208 episodes over an eight and a half year period.

Narrated by Bob Sagan, the show centers around how Ted Mosby, played by Josh Radnor, meets his children’s mother, Tracy McConnell, played by Cristin Milioti. As the show progressed Bob Sagan narrated less and less and Ted (Radnor) told more and more of the story. It’s a cool addition to character development that isn’t always noticed due to its subtlety.

Annoyingly enough, the mother, though mentioned, is not actually seen until the eighth season’s finale. Tracy (Milioti) is first seen holding an umbrella in the rain as she waits for a train. However, it’s not just an umbrella, it’s the yellow umbrella.

The yellow umbrella first appeared in season three. Tracy had been at a Saint Patrick’s day party and left behind the umbrella. Ted attends the same party and forgets his phone their. The next morning Ted goes back to look for his phone and finds the yellow umbrella. Seeing that “TM” is carved into the shaft he thinks of it as a sign that he should keep it.

Ted is carrying the yellow umbrella when he meets Stella, the bride that runs away with her ex boyfriend, Tony, on the day of her and Ted’s wedding. As a result, Tony offers Ted a professor position at Columbia. It’s at that very job that Tracy first sees Ted. Tracy was attending an economics 101. On the first day Ted rushes to the wrong classroom, where Tracy is sitting, and begins lecturing on architecture, only to realize he’s in the wrong classroom.

The final season of How I Met Your Mother revolves around the gang’s suave ladies man, Barney Stinson, played by Neil Patrick Harris, getting married to Canada’s die hard Bruins fan and wannabe news anchor, Robin (Smulders). In the first twenty minutes of the last episode, “Last Forever,” the show reveals that Barney (Harris) and Robin get divorced after three years, which frankly, we all knew wouldn’t last. The divorce happens because Robin finally makes it big as a news anchor and work makes her constantly travel around the world. Unable to cope with the lifestyle set forth, Barney and Robin end their relationship. As a result Robin slowly leaves the gang behind.

If I was put in the same position as Robin I would probably done just as she did. The man she was married to began to party again, sleeping with as many women as possible, and the man she still loved was in love with someone else. It would be hard to watch, so she decided not to.

Barney goes back to being a suave ladies and creates a Playbook II, complete with new material such as “The Jim Nacho” and “The Mannequin.” In order to show up his first book’s “Perfect Week,” in which Barney sleeps with seven women in seven days, Barney attempts a “Perfect Month,” in which he sleeps with 31 women in 31 days. The “Perfect Month” is completed successfully with only one hitch, number 31 got pregnant. When the little girl finally comes out, Ellie, Barney has a change of heart and tells the baby, “You are the love of my life. Everything I have and everything I am is yours forever.”

The irony in this situation is just astounding. It wasn’t number 1, 2, 16, or 25. It was number 31, the last day of the month, that popped a hole in his plan. The whole nine months she is pregnant Barney is freaking out, hoping the kid isn’t his. He isn’t ready to give up his way of life yet. But, the second the baby comes out and is put into his arms he does a complete 180.

There is also a side plot-line in which Marshall Eriksen, played by Jason Segel, is offered a judgeship in New York, but his wife, Lily Aldrin, played by Alyson Hannigan, is offered her dream job in Rome. This side plot is settled when Marshall (Segel) finds out that Lily (Hannigan) is pregnant for the second time and they decide to move to Rome. Marshall tells her that she gave him his dream, so now he would give her hers. Such a cute resolve to what could have broken a near perfect marriage.

The final episode’s major twist, however, is even more shocking. The audience discovers the reason that Ted is telling his children how he met their mother. Their mother died several years prior to an unspecified sickness that landed her in the hospital. Now, finally ready to begin moving on, Ted  wants permission from his kids to go after Robin. The kids excitedly push him to go after her and the season ends Robin smiling as she looks down from her window to see Ted holding the blue french horn from their first date.
The blue french horn started the show off with a bang, and so it seems right that the blue french horn sees the show off with a bang. An amazing show with an equally amazing end. How I Met Your Mother, you will be missed.