Lady Knights Shoot For the Playoffs 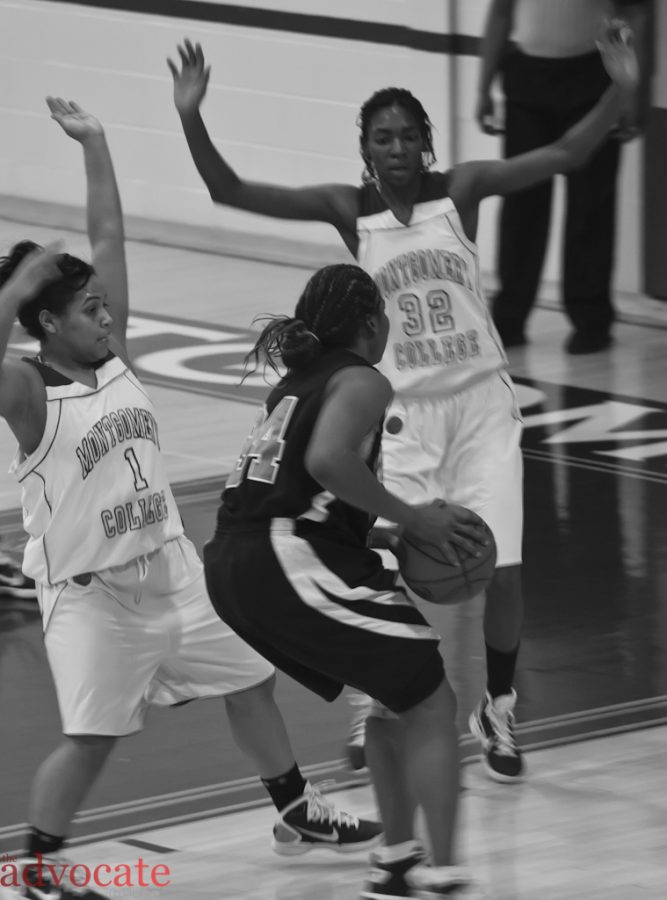 The spring semester has been sensational for the Montgomery College Women’s Basketball team. In the month of January, the Lady Knights were 6-2, and are currently have a 17-5 record this season.

On Monday January 24, the Lady Knights came up short, losing 87-72, at home, against the Prince George’s Community College Owls. Gasque attributed the loss to poor rebounding despite 13 rebounds from Davis, 10 rebounds from freshman forward Faye Dunston, 8 rebounds from Silva, and 7 rebounds from sophomore guard Yasmene Harris.

The team rebounded back from the loss the following Saturday. On Jan. 29, at home, the Lady Knights beat the Garrett College Lakers 61-92.

The Lady Knights have two regular season games remaining on their schedule. They play Frederick Community College, at home, Tuesday evening, and a make-up game at Northern Virginia Community College Wednesday night. Gasque is confident about both games, “We feel we are going to do very well the rest of the season.”

As their season draws to a close, the Lady Knights are bound for Maryland Junior College tournaments as well as other region/district tournaments hosted by Anne Arundel Community College. Should the team advance in these tournaments, the national tournaments in Rochester, Minnesota are a realistic possibility.

When asked if they could make it to the national championship game, Gasque said “Yes! We have a wonderful team.” Moreover, the team is balanced. Gasque did not identify the team’s most valuable player because “all our players [are].”