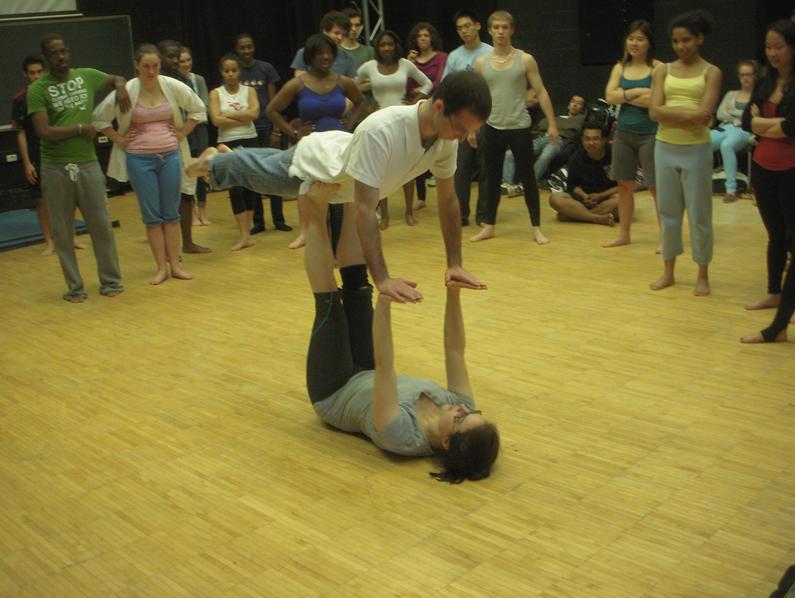 The students were crouched with hands and knees on the floor watching the teacher intently. “I want you to become one with the earth, feel the earth, be the earth.” These were the words heard by MC students attending the Acrobalance Workshop on Thursday, March 30. This workshop, part of the Willpower Festival celebrating the world of William Shakespeare, was run by Rachel Spicknall, Director of Public Relations at the Faction of Fools Theatre Company.

The objective of this workshop was to learn the basics of acrobalance, an activity in which two or more people balance in a pose. One person is balanced on top of the other. The students attending the workshop learned the basics of balance and learned five acrobalance poses. In acrobalance there are two basic roles, the base and the flier. The base is the person who remains touching the floor and holds the flier in the air. In one move, called “shake-out,” two people initially stand back to back and the base lifts the flier onto his or her back. A more difficult move was “airplane,” in which the base lies supine on the floor and lifts the flier into the air with his or her legs.