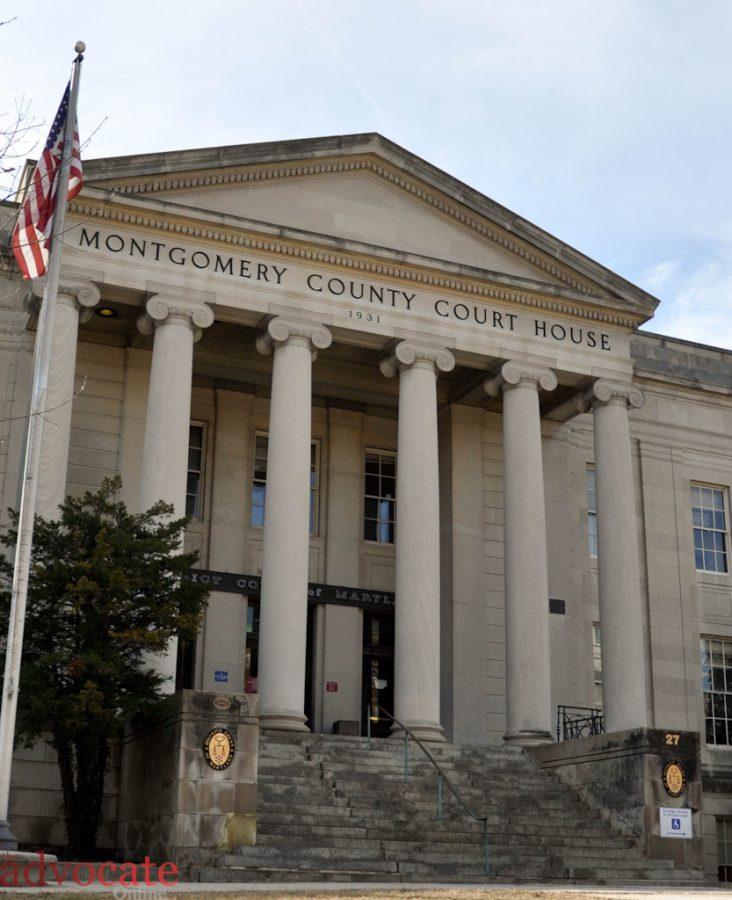 The Litigants Michael L. Philips, Patricia Fenati, and David Drake are suing the college for allegedly violating Federal and State law by allowing students, who recently graduated from the Montgomery County Public School system, but failed to determinate lawful residence in the county, to attend the college at an in-county tuition rate. -- Photo by: Chris Jaques

On Jan. 20, 2011 three Montgomery County residents presented a surprising lawsuit in Montgomery County Circuit Court against the Board of Trustees of Montgomery College. The litigants, Michael L. Philips, Patricia Fenati, and David Drake are suing the college, claiming a violation of federal and state law by allowing students, who recently graduated from the Montgomery County Public School system, but failed to determine lawful residence in the county to attend the college at an in-county tuition rate.

Judicial Watch, a DC-based watchdog group, whose preached intent is to alert against actions that threaten the public interest, is representing the plaintiffs in the lawsuit. The group says it has evidence showing that between 2006 and 2010, the college has allowed undocumented students to enroll in an average of 11,371 course hours per year, while paying the reduced tuition.

The lawsuit states that if the college charged these students its highest out-of-state rate, it would have collected $7,940,374 in revenue, which could have been used to offset appropriations of state and county taxpayer dollars.

“As far as I am concerned, this is public corruption,” announced Del. Patrick McDonough (R-Dist 7) of Baltimore County, who is confident the litigants will prevail.

MC’s board released a prompt response stating that the lawsuit contains “Various misrepresentations about College operations and misapplications of law.”

“I think that Montgomery College’s policy and procedures as it relates to undocumented students is something that is beneficial to those students, and also to our community, and I am disappointed that someone would show otherwise,” she said.

In 1982, the U.S Supreme Court ruled in Plyler v Doe that all children, including those who are unlawful immigrants, are entitled to free primary and secondary public school education. The trustees acknowledge the county’s investment in children’s education in grades K-12, and claim to stand proudly behind the board’s long standing policy of making a seamless transition to college for all students, regardless of their immigration status.

“We are not immigration officers, we are educators,” said Dr. Aram Hessami, professor of political science at MC.

Dr. Ben Nicholson, professor of mathematics at the college, emphasized, “I have no idea who is documented or undocumented in my classes, and I don’t want to know. I am just here to teach them [and] to help them learn.”

Given that MC has been implementing this policy for at least ten years; it is striking to see a lawsuit surfacing at this time.

“During bad economic times, sometimes people use the opportunity to raise issues that could not have been legitimately brought up before,” Hessami said.

He explained how they might be considered to be legitimate, even if they are not, if they appear to have the capability of saving the county’s budget millions of dollars.

In the scenario that MC’s tuition policy is declared illegal, undocumented students would be charged the out-of-state rate. Two undocumented students, who were interviewed, and prefer to remain anonymous, believe that this policy would translate into unaffordable education for them and force a majority of students in their position to abandon their dreams of obtaining a degree.

“A lot of what people stereotype immigrants as is not true,” said Dr. Nicholson. He believes that cutting off aid to this group of students is immoral.
Jonathan Hurkett, a former MC student said, “I’m sure from the republican point of view it’s all about allowing American citizens a cheap ticket to college, but I think that’s an arrogant view, if not xenophobic.”

Sarah Lasko, an MC graduate, said, “While I don’t think this lawsuit is doing any good for anyone, perhaps it does have a point. What would you answer to out-of-state students who have to drop out due to expensive tuition? If an out-of-stater was to hear that some students are paying in-county when they aren’t truly residents, how do you think the out-of-state person would feel? While MC is not dealing completely correctly with the whole in-state, out-of-state, undocumented situation, as human being, I wouldn’t want things to change and opportunities to be lost.”

On the other hand, from a political and social standpoint, Dr. Hessami considers the lawsuit to be “short-sighted.” Given the best case scenario, where there would only be a genuine intention in the lawsuit to save state money, “You would rather have an educated population, especially an illegal educated population, as opposed to an uneducated one, because it would prevent crime […] and would provide economic prosperity and future income for the state.”

MC’s board reports that 90 percent of students remain in the state after attending the college, emphasizing that “Montgomery College strengthens the local economy by more than $1.5 billion through operations, student spending, and alumni productivity.”

“The best way to point out a remedy is for MC to track down and show what happens when we do provide this type of discounts [to undocumented students] to show how they have become taxpayers, what have they done with their lives, and what have they achieved,” said Hessami.
It is important to note that raising this issue through the lawsuit might as well have a positive impact on the undocumented student community. Under Federal law, it is unlawful to provide a discounted tuition for them, unless the state enacts a law allowing such privilege. There are 10 states in the nation which have already passed a law allowing for discounted tuition, and three which have banned it.

Maryland is one of the states that has not taken any action upon the matter yet. If the judge rules in favor of MC, then other community colleges in the state might adopt the same policy. Furthermore, it could set a precedent when the time comes to rule in favor or against the Maryland DREAM Act, which would allow undocumented students to receive in-state tuition rates at MD colleges and universities.

Dr. Pollard, president of the college, recently spoke before the Education, Health, and Environmental Affairs Committee in support of this act. She said that the bill would, “help those students who would face prohibitive costs if required to pay out-of-state tuition at a Maryland four-year university. We do not want price to mean the difference between going to college and not going at all.”

Professors’ testimonies reflect how the college community does not appear to be worrying a lot and feel that the ruling will be in its favor. McDonough, however, expressed the strong opinion that the college was indeed going to lose the lawsuit recently in an interview with the Advocate.

The preliminary hearing, which is scheduled to take place in April, would determine the validity, or lack thereof, of the lawsuit. If it is determined to be legitimate, then a second hearing will be scheduled within 60 days to determine a ruling.

According to McDonough, after the injunction is won and the college is ordered to stop its illegal tuition practices, further actions against the college will be taken by him and his supporters in order to “recover what has been lost.”

“[However] I can’t tell you what we are going to do,” McDonough said.

Dr. Pollard’s closing statements in regards to the Maryland DREAM Act, “I want [my son] to grow up in a state where every child who is here can have the dream that the realities of their parent’s lives do not have to define their future […] to deny some of our young people this opportunity, a piece of the American Dream, is disheartening,” are inspiring and give hope to those students who might be fearful of the lawsuit’s impact.

Dr. Pollard, as well as the college’s board, will, as she told The Advocate, “continue to fight,” until the end.