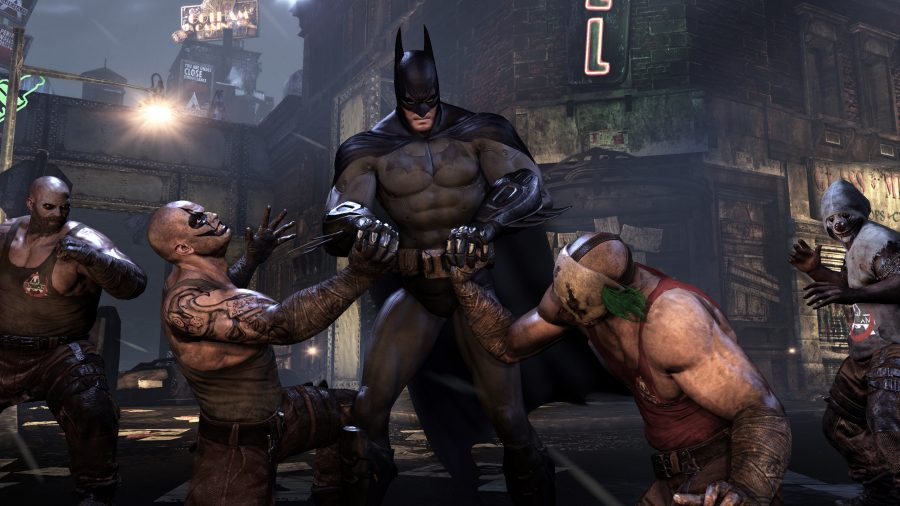 Arkham City is the sequel to 2009’s hit, Batman: Arkham Asylum. Asylum set the bar of what a superhero game should be, and I can safely say that City has raised that bar. City does not change what made its predecessor great, it merely added on to the formula that worked so well.

The story picks up a year after the events of Asylum. Deeming the current prisons inadequate, Arkham Asylum’s previous warden and Gotham’s new mayor, Quincy Sharp, and newcomer Dr. Hugo Strange establish a huge city-sized prison to house the Joker and his fellow inmates. This is where the trouble begins, as many of Batman’s rogues begin to carve up territory and violently wage war against each other, leaving Batman to bring order.

The story, penned by writer Paul Dini, takes many twists and turns. New conspiracies emerge, as the story progresses seamlessly from objective to objective, giving the player an immersive and satisfying experience. Anyone who is familiar with the Batman mythos will appreciate the details and characters utilized throughout. I do not want to give anything away, but rest assured, Batman fans and non-fans alike will be treated to a complex and entertaining story.

The setting of an expansive city turned prison is an excellent backdrop for this game. To go from the original’s confining space of a mental asylum to a large city is welcomed progression. Players are able to freely navigate the streets and glide over rooftops using Batman’s trusted grapple line. From the very beginning, players can go anywhere in the fictional city. Players progress through the game by heading towards objectives marked on the screen.

There are two types of objectives: story based and side quests. These will trigger a mission which Batman must complete to move forward in his quest. Side quests are optional but addictive.

Each completed mission will yield experience points that the player can use to upgrade to a plethora of new moves and gadgets and unlock bonuses. 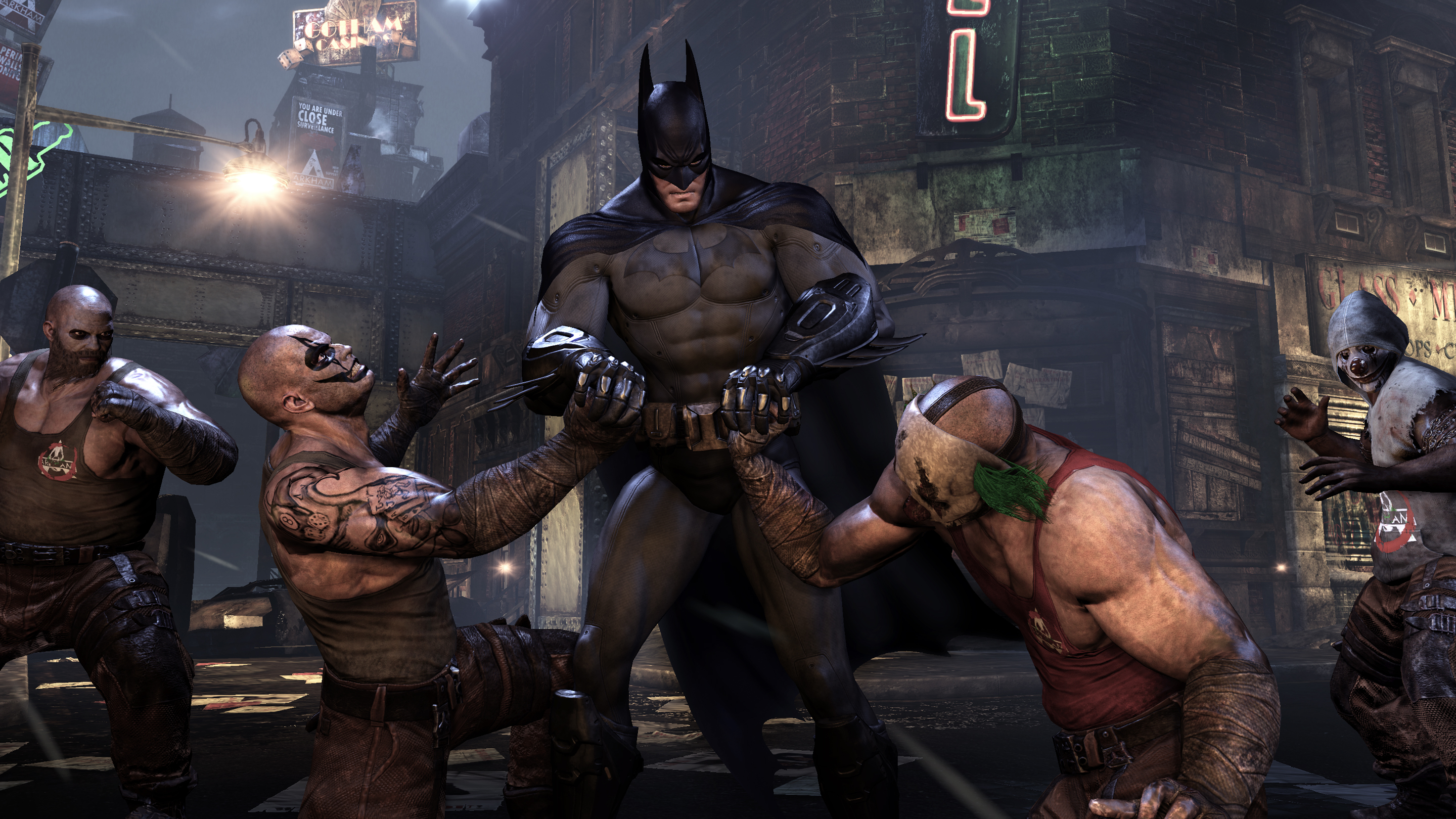 The core gameplay breaks down into two categories: stealth missions and ground combat action. Players of Asylum will feel right at home in this game. Stealth missions pit you against armed guards where the shadows become your best friend. Picking off each enemy quickly and quietly is the key to staying alive. Batman is not bulletproof, and fighting an armed guard head-on is often suicidal. It takes planning and strategy to win. When facing unarmed combatants, combat is broken down with three buttons: attack, evade, and counter. Though deceptively simple, mastery of these actions and timing is essential to survive the many opponents who await. While the fundamentals have not deviated too much, there is much more depth added. New attacks and combos can be unlocked to use in fights.

Batman is equipped with many new gadgets that are upgradable. These provide a new depth of action during combat and are essential for solving the many puzzles around the city. Favorites such as the batarang and plastic explosives return. New gadgets debut, like the freeze grenade, which encase enemies in ice for a short time, and the electric charge gun which sends foes into a wild spastic fury making them attack their own kind, as well as open essential doors throughout the game. These gadgets can be deployed quickly in combat for strategic take downs. I was not planning on finishing the game so quickly, but I could not put the controller down. The story and gameplay had me hooked and I always wanted to know what happens next. Luckily, there is much to do after the credits roll. While the main game is a healthy 12 hour adventure, there is still much to do after.

Riddler challenges return in a big way. Along with the many trophies the Riddler has hidden in the city, there are physical challenges that the player can attempt, yielding concept art and other goodies. Coupled with challenge maps, side quests, Catwoman story missions, and standard PS3 and XBOX 360 trophies and achievements, this game will have you coming back for a long time.

The production of the game is first class all the way. Mark Hamill and Kevin Conroy reprise their roles voicing the Joker and Batman, along with other voice actors bringing life to the rest of the cast. The graphics are gorgeously grim and gritty; the way Batman is intended to be. The musical score is operatic and complements the atmosphere perfectly.

My main gripe lies mostly with the difficulty of the game. I never had a tough time with the game on the normal setting. The boss fights were particularly underwhelming and the game always gave hints to make the matches that much easier. I like a little challenge and find it annoying when the game breaks down exactly how to beat a boss right in front of you.

Otherwise, Batman: Arkham City improves on all aspects of its predecessor. A larger environment, more challenges, new gadgets, and epic story all drive City to be great. The one complaint I have with the game is completely overshadowed by what it does right. Batman: Arkham City will stay in my system for quite a while.